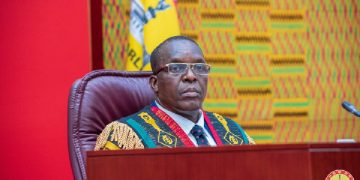 by Simon Amegashie-Viglo | Columnist
in Opinions
A A
0 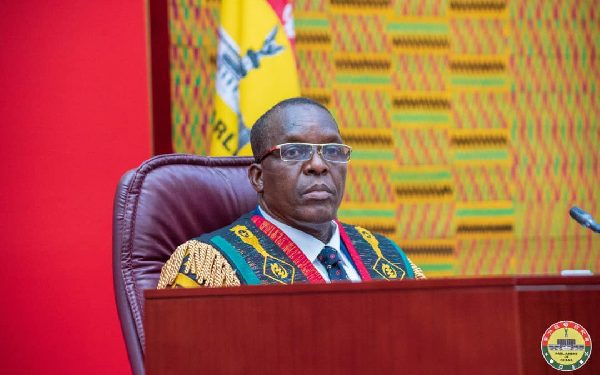 Dear Rt Hon Speaker of the Parliament of the Republic of Ghana. I extend to you and all our honourable MPs, greetings of goodwill and peace, for the work you are doing in Parliament on behalf of Ghanaians. May God continue to guide and protect you in your work. I am becoming increasingly worried about some provisions in the 1992 Constitution. I have therefore decided to draw the attention of Parliament to those provisions and the compelling need for their amendment.

The 1992 Constitution of the Republic of Ghana has been in use for about 30 years now (1992 – 2022). The First Republic Constitution started in 1960 under the first President Dr Kwame Nkrumah and was abolished on 24th February 1966 in a military coup d’etat led by Lt General Emmanuel Kwasi Kotoka and Brigadier Akwesi Amankwah Afrifa. The National Liberation Council (NLC) military regime which was established as a replacement for the CPP regime, accused the CPP regime of dictatorship, tyranny, bribery and corruption, nepotism, mismanagement of the economy, waste of the resources of Ghana on African Unity agenda, establishment of Special Presdential Guard, neglect of the regular army and the turning of Ghana into a single party state in 1964. The Second Republic Constitution started on 1st October 1969 under Prime Minister Dr Kofi Abrefa Busia but it was also abolished on 13th January 1972, in a military coup d’etat led by Colonel Ignatus Kutu Acheampong. The National Redemption Council (NRC) regime under Colonel Ignatus Kutu Acheampong, accused the Progress Party (PP) regime under Dr Kofi Abrefa Busia of devaluation of the cedi, the Aliens Compliance Order, dismissal of the Chief Justice over the Sallah versus Attorney General case, bribery and corruption, nepotism and mismanagement of the economy. Third Republic Constitution started in September 1979 under President Dr Hilla Limann, but it was one more time, abolished in a military coup d’etat led by Flt Lt Jerry John Rawlings on 31st December 1981. The People’s National Party (PNP) regime was accused of incompetence in managing the economy, power struggle, persecution of members of the Armed Forces Revolutionary Council (AFRC), bribery and corruption.

Three constitutional experiments were truncated because of perception and reality of corruption, mismanagement of the economy, financial recklessness, abuse of power and human rights, political incompetence and insensitivity to the plight of the ordinary Ghanaian by officials of state.

The Fouth Republic of Ghana was established by the 1992 Constitution, with the late Flt Jerry John Rawlings as first President (1993 – 2000) and it remains the longest constitutional dispensation Ghana has ever had. It produced the following other Presidents: John Agyekum Kufuor (2001 – 2008), John Evans Atta Mills (2009 – 2012), John Dramani Mahama (2012 – 2016) and Nana Addo Danquah Akufo Addo (2017 – 2024). We can celebrate this enviable political achievement as a country with a collective pride and messianic optimism for the future.

Rt Hon Speaker, despite this messianic optimism for expanding the frontiers of our democratic experiment in collaborative participation in decision making processes, there are compelling reasons for the 1992 Constitution to be re-engineered to reflect the true wishes and aspirations of our people. Some of the provisions of the 1992 Constitution have become a huge burden to our democratic dispensation. A few of such provisions, which I believe need amendment are listed below for your kind attention and consideration of Parliament. Kindly pardon me if the legal thinking does not add up, because I am presenting this position paper as a layman, not as a legal luminary.

1. Article 71. The existence of the provisions of Article 71 in our Constitution in the 21st Century, is an act of discrimination against Ghanaians, except the beneficiaries of that Article. It is ironical and paradoxical that the framers of the 1992 Constitution crafted such a juicy and discriminatory Article. Most Article 71 office holders in Ghana, virtually earn in one month, what other professionals like medical doctors, engineers, lawyers, accountants, lecturers, headmasters etc do not earn in six months. Article 71 officials pay no electricity bills, they pay no water bills, they enjoy free health care, free accommodation, free transportation, they enjoy numerous and fat allowances from sweat of the ordinary tax payer and go home after every four years with what other professionals do not get in 30 years of service to the nation. This is absolutely incredible and unacceptable. Article 71 is a veritable personification of what happens in “Animal Farm”, where the animals began their revolutionary transformation with a constitutional provision of “Four legs good, two legs bad”, only for the pigs to later amend it to “Four legs good, two legs better”, because the pigs had cultivated a domineering appetite for using two legs like the human beings the animals had overthrown. Article 71 should be amended because it typifies animal farm with its discriminatory provisions.

3. Rt Hon Speaker, I think the MPs Common Fund should be abolished. The Assemblies under our decentralisation policy have responsibility for development in their respective jurisdictions. The MPs are members of their various Assemblies and they take part in the formulation and implementation of Assembly development projects. It is therefore unnecessary to allocate separate funds to individual MPs from what comes to the Assemblies. I understand the MPs take 10% of the Common Fund. I believe this practice puts too much pressure on our MPs, because their constituents think because of the Common Fund, their MPs should take responsibility for virtually everything that takes place in their Constituencies. Most MPs use their share of the Common Fund to pay school fees for needy students, execute community projects, and other forms of social interventions. These things can be done by the Assemblies, with inputs from the MPs. Such an amendment will reduce pressure on our MPs and allow them concentrate on their work as legislators. Rt Hon Speaker, I hope I will not be summoned to the Privileges Committee of Parliament after the publication of this open letter to you by our MPs who might be offended by my proposal. I mean no harm. I am sincere about it.

4. There used to be ex-gratia for workers in Ghana. The practice of paying ex-gratia to workers from public funds was abolished under the PNDC by the late former President Flt Lt Jerry John Rawlings. Unfortunately, the very group that abolished the payment of ex-gratia to public workers, reintroduced it for a special category of political office holders in Article 71. This is the paradox and irony of abolition and nichodemus resurrection of ex-gratia in Ghana. This is cruel and unjustifiable because it has the potential of fueling popular unrest and agitation against the Constitution as happened in Guinea in September 2021.

It took the moral courage and authority of one man (Togbe Afede XIV) who rejected his ex-gratia, for Ghanaians to realise the degree of looting of the state coffers we had institutionalised in our Fourth Republic Constitution as ex-gratia.

5. The 1992 Constitution makes provision for the appointment of 50% of ministers of state from Parliament. After nearly three decades of practice, it has become pretty clear that this provision is dysfunctional and problematic. MPs who are ministers hardly have time to perform their functions as Ministers of state and as MPs simultaneously. They perform one at the expense of the other. The practice of appointing ministers from parliament should be abolished to ensure effective separation of powers and checks and balances in the work of the three organs of government.

The Speaker of Parliament

2. The Vice President of Ghana.

3. The Chairman, Council of State, Accra.

4. The Chief Justice of Ghana, Accra.