Akufo-Addo led NPP gov’t most useless in the forth republic – Dr. Lawrence fires

Akufo-Addo led NPP gov’t most useless in the forth republic – Dr. Lawrence fires

The Founder and leader of the Diaspora Progressives Movement USA, Dr. Lawrence Appiah has outlined some four recent events which he says further affirms that the President Akufo-Addo led government is the most useless in the fourth republic.

“When we say this government under Nana Akufo-Addo is the most useless in this fourth republic, some people think we are being harsh. In fact, from the President to the last communicator in this government, no one has wisdom” – Dr. Lawerence in a statement copied Awake News has said.

According to Dr. Lawerence, the government’s response to the Sputnik V scandal, luxury presidential jet rental saga, the killing of police officers, and the $178million judgment debt is a classical example.

When we say this government under Nana Akufo-Addo is the most useless in this fourth republic, some people think we are being harsh. In fact, from the President to the last communicator in this government, no one has wisdom. I will give you examples to explain myself:

Spunik Vaccine: The Finance Minister paid $5.7 million to some thieves for the vaccine without knowing how much it costs in Russia. The communicators were on radio and TV saying Ghana had not yet paid a dollar when in actual fact, the Finance Minister had already signed a check for $5.7 million. Ghana lost $2.7 million in that transaction.

Police Killings: When that policeman was killed in that bullion attack, the IGP looked straight in the faces of Ghanaians and told us there are attacks everywhere except heaven. So for the IGP, the death of a policeman in Ghana is normal. Meanwhile, the Chairman of the Police Council, the Vice President, Dr. Bawumiah had promised them in 2019, that no policeman will go on duty without a bullet-proof vest. The policeman who was killed in 2021, was on duty but without a bullet-proof vest.

$170 million Judgment Debt: When this scandal first broke up, the Attorney General told us the contract with GPGC was canceled because of excess capacity of power. Meanwhile, Ghana is in dumsor. Were not these same people whose fathers accused Dr. Kwame Nkrumah of building the Akosombo Dam and causing financial loss due to excess capacity? They compared the population of Ghana in 1961 and concluded that the Akosombo Dam had an excess capacity.

The Attorney General whose laziness caused Ghana $170 million judgment debt has quickly referred the matter to the CID for investigations.

I will renounce my citizenship if this matter comes up again and someone in the NPP is jailed for this recklessness and foolishness. The stupidity in this administration is becoming one too many.

I have not started writing yet. 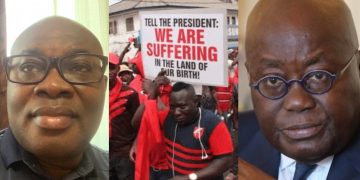 Dr. Appiah blasts Demo organizers: Who should #FixTheCountry when you’re not bold to tell Nana Addo 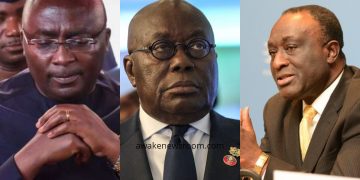